And even more so for a child with caring responsibilities. That's why we run an Employability Programme, designed specifically to support young adult carers of ages 16-25.

our employability programme is about empowering these amazing young people to dream, and to pursue their dreams

Over the course of this 8 week programme, we work with participants to help them map out their next steps and to equip them with the tools, strategies and confidence that they need to access further education, training or employment.

In addition to this, the programme helps to educate employers about young carers, the challenges they face and the extraordinary skillsets that they can bring to the workplace. If you’re an employer and want to learn more about the programme, then please get in touch with us below.

Young carers develop an incredible skillset at a very early age, often demonstrating remarkable compassion, resilience, maturity and organisational skills. However, according to research by Professor Joseph Sempik and Professor Saul Becker (2014), this is not reflected in their education or employment opportunities: 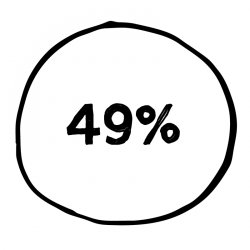 Young carers are twice as likely to find themselves out of education, training or employment between the ages of 16 and 19 compared to their non-caring peers 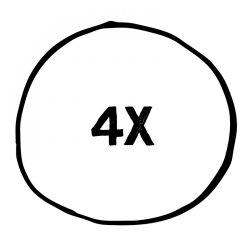 Download our report to learn more about our
Employability Programme

Over the course of 3 separate forum events carried out in October 2020, we heard from 20 young carers ranging from 8 to 18 on a range of issues. In these conversations, young carers shared the following insights and concerns:

Uncertainty about the future

Many young carers did not know what they would do post-16 and appeared to lack the time, clarity of thought or motivation to make plans. Several stated that they were ‘trying not to think about it, because it’s just too overwhelming’.

Many seemed unaware of the skillsets they had developed as carers and demonstrated low self-worth and confidence. It was noted that these young people would be ill-equipped to sell themselves to employers.

Self-sacrifice for those they care for

Many of the young carers we spoke to appeared to be basing major life decisions on the needs of the individual for whom they were providing care, rather than making choices based on their own ambitions and interests.

Several young carers stated that they had been ‘born into’ their caring roles, and appeared to consider care to be their primary purpose in life.

Many expressed concerns over enrolling in training courses, committing to employment or applying to universities, as they were nervous about leaving the person for whom they care for long periods of time or about increasing the responsibility placed on younger sibling.

Many felt that they were falling behind in school and, thus, were unlikely to achieve strong GCSE results. A report conducted by The Carers Trust found that young carers achieve, on average, 9 grades lower than their peers overall at GCSE, and that they attribute this directly to their caring responsibilities.

In addition to this, according to research by Professor Joseph Sempik and Professor Saul Becker (2014) 87% of young carers felt that they had not received good career advice at school; and that the advice did not take into account their caring role.

The programme aims to create a nurturing environment where young adult carers are supported to recognise their own skills and strengths, to build an optimistic outlook on the future and to strive to achieve their goals. We continue to consult with young carers regularly to assess, evaluate and improve the programme.

The aims of the programme are to:

Boost the self-confidence and self-worth of young carers, by helping them to appreciate the value of the skillsets they have developed through their caring roles

We achieve these aims by offering a wide variety of learning
components through an 8-week learning programme:

Continued Individualised Support Until The Age Of 26

“Sometimes people don’t understand what young carers do and they judge us. That’s when we get bullied. But at MYTIME, everyone understands.”

“I love getting out of the house and doing activities with friends at MYTIME. It's nice to take my mind off things.”

“I had a fab time with MYTIME. I was so engaged that I didn’t worry about my mum or dad. It was good for me.”

“Being a young carer sometimes makes me feel frustrated because everything’s on me. I’m quick to get angry and I think that’s why. Days like today with MYTIME help me to relax.”

Are you an employer?

Alongside our work with young carers, MYTIME are also working to educate employers about the number of young people affected by caring responsibilities and the challenges they face, as well as the wealth of skills they have to offer.

Young carers demonstrate huge empathy, commitment and independence every single day. They can add enormous value and benefit to any team. It's in an employer's best interests to offer the flexible working patterns and to create the supportive working environments that will allow young carers to thrive.

There are a number of ways that employers can support MYTIME's Employability Programme:

More Information
If you would like more information on MYTIME’s Employability Programme, how you can support it or to get in touch with a member of our team directly, please contact